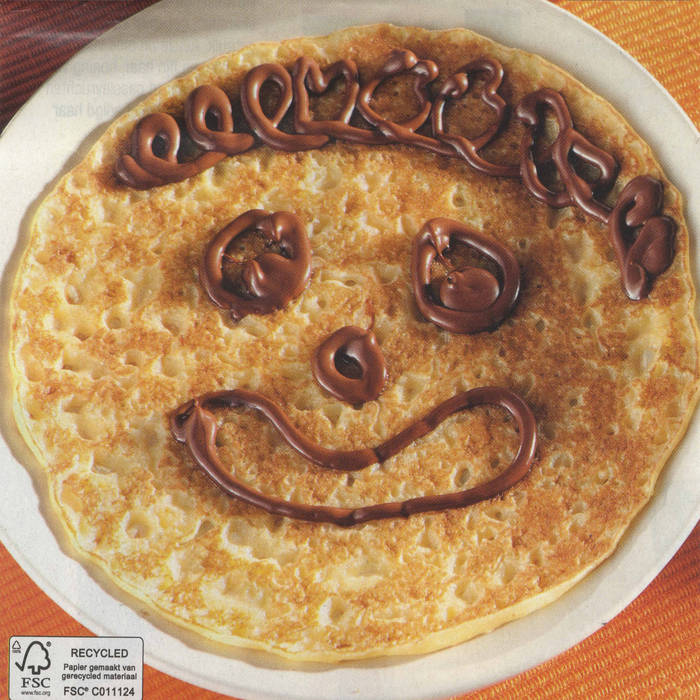 Incompetent rural Flanders sprouted three competent boys who, bound by brotherly love and friendship, turned their backs on the greyness of their past, in search of the holy grail of human happiness: Pop Music. Their quest led them through dreary youth clubs, past countless local fun fairs, unto the Flemish club stages. All the while carrying with them in their knapsacks an abundance of crappy limited-edition releases (cassette tapes in plastic bags filled with candy) and a venerable full LP recorded by Pascal Deweze. Many followers clang eagerly to their gospel, disseminated by countless YouTube videos. But the boys also encountered numerous Pharisees, index fingers pointed in hatred and disgust. Nevertheless the roguish threesome kept up their ramblings and steadfastly continued their musical journey. Over a three-year timespan under the auspices of Pieter-Jan Delesie (Superlijm etc.) they forged a follow-up to their debut album. The boys crawled into the recording studio come rain or shine, dropping new singles like clockwork, always accompanied by a controversial video and available to everyone as a free download. These intermediate guerrilla tactics proved themselves quite fruitful, enabling the Tactics to tour parts of France and the Netherlands while working on their new album. Then notorious musical legend Mauro Pawlowski decided to take them under his wing, allowing them to convert the entire nation by causing a ruckus on the stage of the Ancienne Belgique, during de Nieuwe Lichting, and at your eldest daughter’s communion party. Now that they have firmly established their reputation, and the boys have finally blossomed into men, the time has come for them to deliver their newest offspring unto the people. A collection of singles, stories of a bygone youth, a lost life. Lembeke: The Singles.