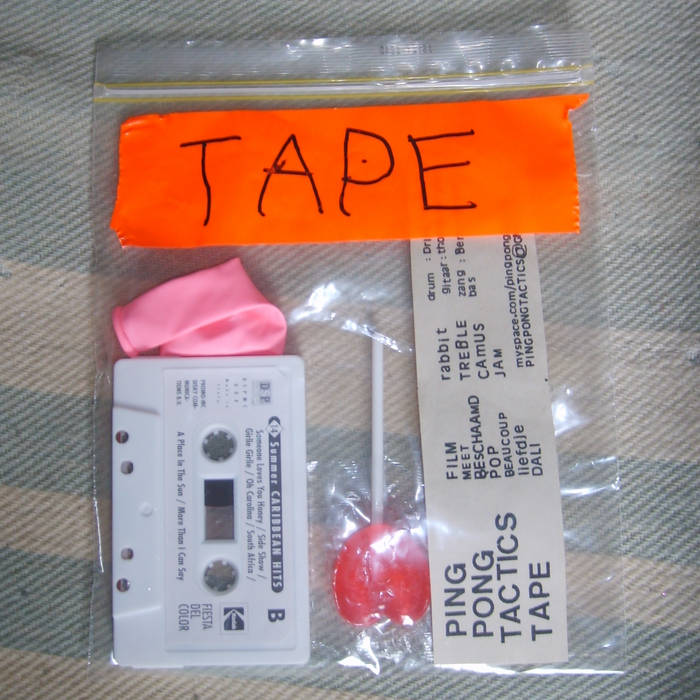 With eleven songs the TAPE release can be seen as ping pong tactics unofficial debut album. Released in the summer of 2009 as a limited edition cassette release including lolly and balloon, it gave the boys their first mainstream attention. All songs were recorded by Willem Moorthaemers on analog fourtrack and were manually dubbed over old schlager and kleinkunst cassettes from the kringloopwinkel. The fifty unique plastic bags containing the original 'bad birthday gift' were gone in a millisecond and even the ping pong tactics themselves are missing an original TAPE in their collection. It's been downloadable for free somewhere on an obscure website for some years now, but we finally managed to get the whole set of songs into the light on this official ping pong tactics bandcamp ©. Here it is, for your ears, to taste: TAPE.